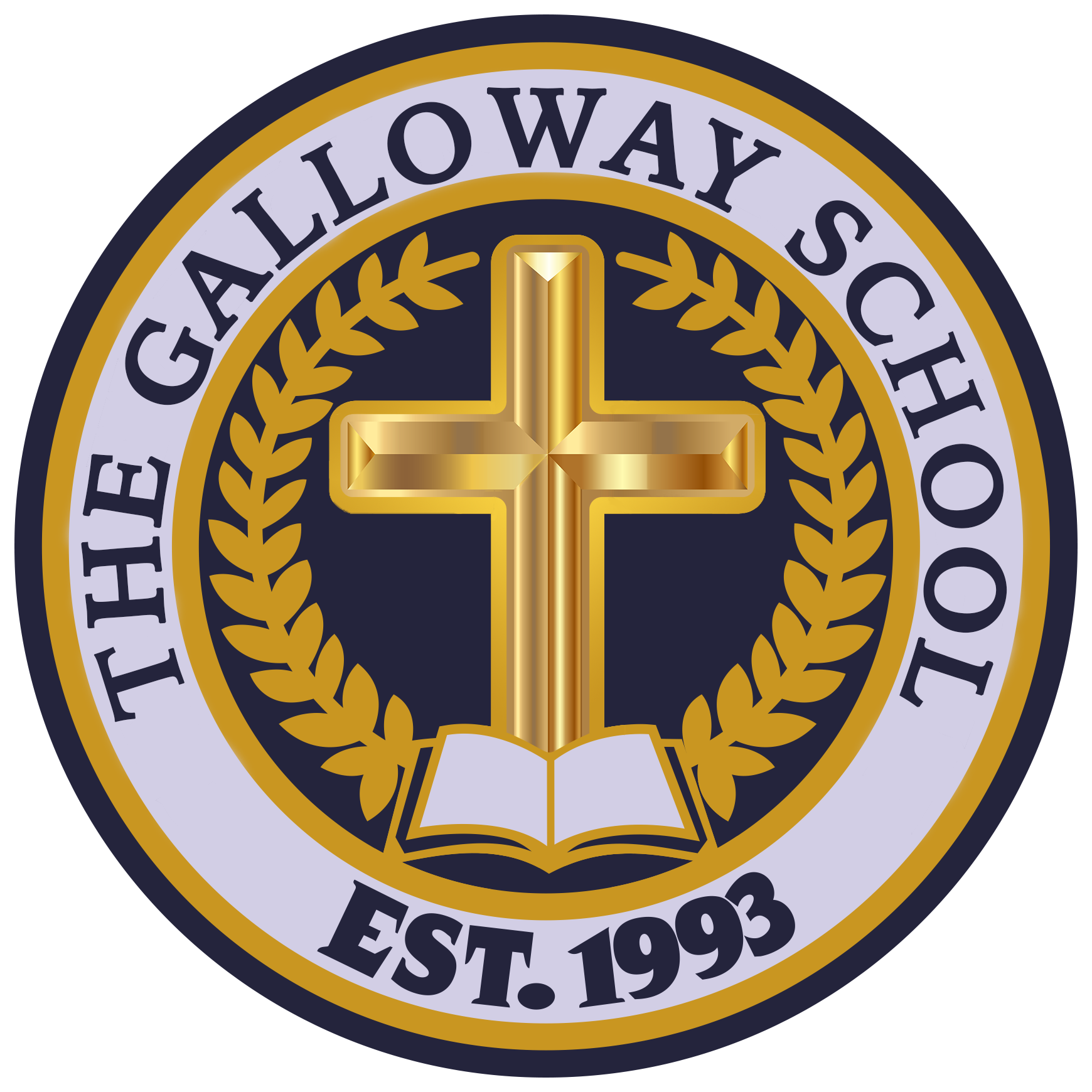 History of the Galloway School

The Galloway School in Friendswood, Texas was the vision of Marie and James H. Galloway of Houston, Texas.  Mr. Galloway, a graduate of Texas A & M University, served as Senior Vice President, member of the Board of Directors, and Management Committee during his 43 year career with the Humble Oil and Refining Company and Exxon. Mrs. Galloway, a graduate from Lutheran College, graduated with a business degree and began working in her hometown of Luling, Texas.  She and Mr. Galloway met in Luling, married in Seguin, Texas and began their life together traveling all over the United States and many foreign countries.  Mr. and Mrs. Galloway did not have any children, however, they were both extremely supportive of education.  They believed very strongly that a good education is essential to one’s success.  This was the thinking behind the creation of The Galloway School.

The Galloway School opened its doors in 1993 to 19 students in the Clear Lake area. The Galloway’s vision was to provide an accelerated academic program with a caring environment. The current school facility, located at 3200 W. Bay Area Boulevard in Friendswood, Texas, was built in 2005 to accommodate students PK-3 through 8th grade.

The school is governed by a Board of Trustees whose job is to ensure the continuation of excellent standards, to administer budgets, and to create an atmosphere where both students and staff work together to achieve academic excellence. Because of our advanced curriculum promoting a world-class, 21st Century Education, The Galloway School has excelled above and beyond all other private schools in both the Clear Lake and Friendswood areas. The Galloway School has been named “The Best Private School in the Bay Area.” The Galloway School continually strives to exceed the high standards the Galloway’s established in the school’s charter.

Mr. Galloway passed away just one year before the school opened its doors, but Mrs. Galloway vowed to continue their dream. She supported the School’s opening and ongoing success until her passing on March 17, 2015.

Mr. and Mrs. Galloway’s mission continues through the school. Moreover, their generosity lives on through The Galloway Foundation, which provides invaluable financial support to this ongoing school. We are forever grateful for the difference they have made in the lives of so many. May we always support their mission and values throughout our classrooms.

The mission of the Galloway School, the premier private school in academic excellence and character development in the Bay Area, is to maximize students’ intellectual abilities and personal talents as they develop into passionate, dedicated global citizens through a nurturing Christian environment, distinguished by a challenging curriculum and innovative resources ignited by exceptional instruction and supportive families.

At Galloway, we develop self-reliant students capable of completing assigned tasks in an independent, resourceful and self-sufficient manner. We believe students who are independent and self-reliant typically survive and function better in society than those who are dependent on others for happiness and sustainability. Taking control of basic tasks and life skills will not only help our students stay in control of their own lives, but will ultimately contribute to making them a happier individual.

Galloway students learn about showing compassion and empathy during their earliest years in school. Compassion is an emotional response and attitude towards others that is deeply empathetic. It enables us to connect to human suffering with care and understanding, acting in ways that brings comfort to those around us. Compassion causes us to remain charitable, even if others behave negatively. Research shows that compassion plays a key role in helping children develop into engaged, caring, and optimistic adults. A Galloway student learns compassion and empathy through…

Today’s citizens must be active critical thinkers if they are to compare evidence, evaluate competing claims, and make sensible decisions. A Galloway student is taught to think critically in varied situations using multiple strategies to achieve optimum solutions to problems. We teach our students to…

In today’s world of global competition and task automation, innovative capacity and a creative spirit are fast becoming requirements for personal and professional success. If students leave school without knowing how to continuously create and innovate, they will be under-prepared for the challenges of society and the workforce. Galloway students are taught to create and invent when they…

Collaboration has been accepted as a skill that’s essential to achieve meaningful and effective results. In the past decade, however, it has become increasingly clear that collaboration is not only important but necessary for students and employees, due to globalization and the rise of technology. Galloway students develop collaboration and communications skills when they…

The foundational virtue of civility is behavior that recognizes the humanity of others, allowing us to live peacefully together in neighborhoods and communities. The psychological elements of civility include awareness, self-control, empathy, and respect. If we believe that all human beings “are created equal” and have worth, then civility is an obligation to act in ways that honor that belief. It requires us to treat others with decency, regardless of our differences. It demands restraint and an ability to put the interests of the common good above self-interests. Civility is, at its core, the glue that holds a society together.

Civility requires respectful engagement: a willingness to consider other views and place them in the framework of history, philosophy, and life experiences. Galloway students learn civility through…